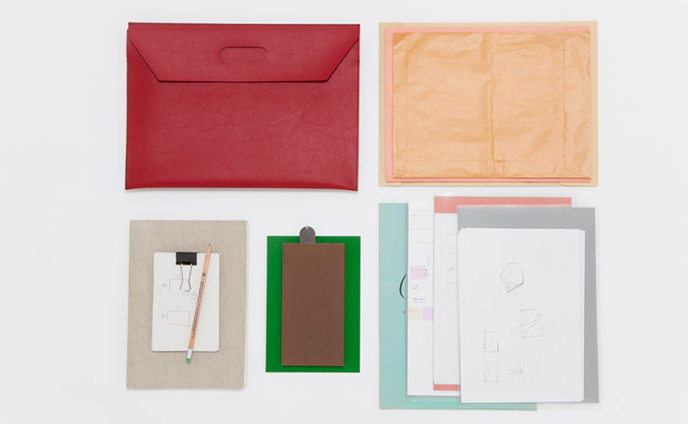 HIGHTIDE and graf began the development of a new stationery brand in autumn of 2009. The daily life that many ideas come up is surely fun and fresh. we wanted to produce such stationeries which inspire our lifestyle better, according to this concept new stationery series "hum " was born. We divided "a flow before an idea being born" into four flows (think/catch/draw/stock), and we composed the line-up of the items which fulfilled each flow. Therefore the line-up of stationery series "hum" is added the item such as a mobile and the stool which are not usually in the category called "stationery" as "a tool to think about something".